ICANN CEO Fadi Chehade signed contracts for four Internationalized Domain Names (IDNs) in Durban. They will be included in the root zone at the beginning of September. 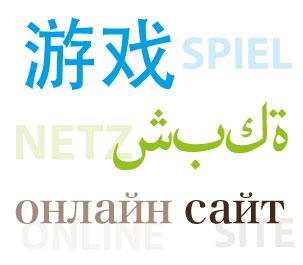 The registry agreements for the first new generic top-level domains (new gTLDs) have been wrapped up: ICANN CEO Fadi Chehade signed the contracts for four Internationalized Domain Names (IDNs) at the opening ceremony of the 47th ICANN Meeting in Durban. Two of the new TLDs are in Cyrillic, the other two respectively Chinese and Arabic: the Arabic word for net, the symbol for game in Chinese and the words online and site in Cyrillic. After a few final technical tests, the first new gTLDs will be entered into the root zone at the beginning of September. ICANN celebrated the signing of the agreements as a "historical moment" in the new gTLD program. The introduction of new TLDs was one of the most important themes at the meeting in Durban. Processing of applications for new address zones have been underway since May 2012. Almost 2000 applications for new gTLDs were submitted to ICANN in total. Shortly before the conference in South Africa, the organisation announced that 1092 new names had passed the initial evaluation for approval. The finalization of these first contracts mark the beginning of the final straight for new gTLD introductions. More IDNs are set to go live in the fourth quarter of 2013. Experts expect the first market launch of new gTLDs within the first half of 2014. ICANN determined the starting order by draw. Once the process is up and running, up to 20 TLDs should be approved per week. InterNetX was at the event in Durban, where it presented its latest development – the award-winning DomainShop – a fully automated domain and hosting platform designed for new gTLD registries. The modular system enables quick and easy start-ups in the domain business.
Back