It still remains unclear if and how much new domain extensions affect the ranking in search results. SEO experts identified an improvement in the rankings of different websites – and are giving different reasons. 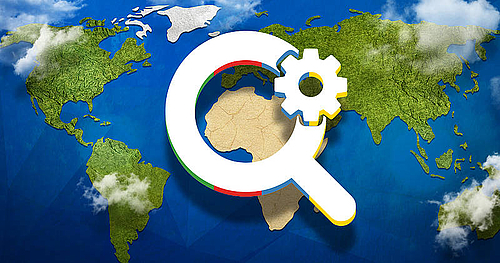 There has hardly been a more heated debate since the introduction of new domain extensions: Which influence do new gTLDs have on a website’s ranking in search results? Extensive analysis have so far not been published and search engine operators are remaining vague on the matter. There are distinct cases however, in which the effects of new domain extensions have been witnessed.

As a test the SEO experts of Search Engine Journal (SEJ) compared ads for 3caratDiamonds.com and 3Carat.Diamonds. The result: The costs per click for the domain under the new gTLD were much lower. But the .com domain achieved a higher conversion rate. They repeated the test eight months later. The costs were still significantly lower for the new gTLD. But the conversion rate had improved drastically, according to the blog post. This leads the authors to recommend using meaningful keyword domains for Google AdWords campaigns.

The situation is significantly more complex when looking at organic rankings. In early 2015 SEO experts presented a study at Domainpulse, analyzing the influence of .berlin domains in local search. Domains with the corresponding GeoTLD achieved a ranking advantage of 1.18 positions on average. But the analysts conceded back then that the data basis was too low for representative results. But still: Switching to a new gTLD can prove worthwhile if the corresponding page is run in a regional context and if the previous domain only showed a low performance before. In July 2015 Google ended the speculations themselves. The company announced in their Webmaster Central Blog that new and established domains would be treated equally. The companies’ engagement in the ICANN program is testament to the fact that new gTLDs are more than just a fad for Google. With more than 100 applications, Google is among the most active participants. When the company announced the foundation of their new Alphabet holding, it caused another stir in the domain industry: Google chose www.abc.xyz as address for the new holding company – using a new gTLD. The authors of Search Engine Journal also mention positive SEO experiences with new gTLDs. There were no traffic losses when employing a clean migration from a .com to a new gTLD address, according to the blog article. In particular in such cases where the page was moved to a meaningful keyword domain. When switching between two .com domains, traffic had often decreased – for up to three months in extreme cases, before recovering. SEJ looked at two websites in particular: One switched from .com to .cars, the other to .attorney. In both cases the switch to "double" keyword domains – including a keyword in the second and top-level domain – caused relevant improvements..

In the case of the domain "StlMotorcars.com" which switched to "Stl.cars", the rankings improved for eight in 16 keyword phrases on the first page of Google results, while the rest of the rankings were at least not negatively affected. The particularly interesting part about Stl.cars is that nothing else had changed: The design, content and the links all stayed the same, according to SEJ. The number of sessions increased by 7.51 percent. At the same time there were no indications that the move had affected the organic traffic, the impressions or clicks.

The blog article mentions different reasons for this effect. On one hand the domain did not have a negative history, preventing a negative impact on rankings. At the same time changing a domain can result in an improvement. A shorter, memorable Web address will lead to higher acceptance rates among users. And this in turn can result to more clicks – securing a better position in search engines.

Recently Google reemphasized that switching to a new gTLD would bring no advantages compared to other TLDs – but also no negative effects. Moving to a new domain extension can still prove worthwhile if the new domain is shorter and more memorable for users. Better click through rates (CTR) will positively affect the rankings.
Back