Since the introduction of the first new gTLDs, six new domain extensions have crossed the million mark in registration numbers. The undisputed places 1, 2 and 3 are occupied by .top, .xyz and .club. 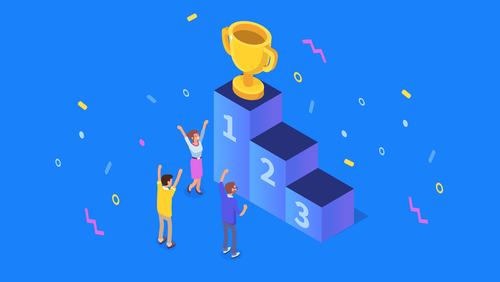 When it became known many years ago that ICANN, the Internet Corporation for Assigned Names and Numbers, wanted to introduce new generic domain extensions, the opinions were mixed: many were of course pleased that there would soon be more possibilities when registering domains thanks to the new gTLDs. But there were also critics who predicted a dark future for the new extensions. Today however, these voices have mostly fallen silent. More than 26 million registered new gTLD domains are anything but a sign of failure. The statistics show that new gTLD domains have prevailed in the market.

Regarding registration numbers, .top, .xyz and .club have secured their places on the podium for some time now – new gTLDs that could not be more different from one another. But what makes these domain extensions so successful?

The clear winner among the new gTLDs is .top with over 3.5 million registrations. Why the domain extension is so popular is probably due to the term itself. In most regions of the world, the original English word "top" today expresses that something is excellent or first grade. And let's be honest: who does not want his website to be associated with such terms?

Currently 93% of all .top domains are registered in China. The new gTLD has so many followers in the People's Republic because it is one of a handful of English-language and internationally understandable top-level domains licensed by the Chinese Ministry of Industry and Information Technology (MIIT). In order to be able to host a website in China, the so-called Internet Content Provider License is essential.

Why don't you type in "baidu.top" in the address bar of your browser? Et voila: Welcome to the most used search engine (and website) in China – .top is not just an empty promise here. The company uses "baidu.top" as a redirect to the main domain "baidu.com".

It can hardly get more generic than .xyz. This is probably the reason why the domain extension now counts nearly 2.3 million registrations and thus takes second place in the popularity ranking of new gTLDs.

.xyz domains are a great alternative to the popular but often already taken .com domains and have a high recognition value. Unlike other new gTLDs, there are no thematic restrictions – that means that .xyz basically makes sense for any type of website.

.xyz is also open for registration in China. With a 53.2% share, the domain ending is receiving the greatest popularity in China as well, but not to such a high degree as .top. The new gTLD is also common in countries like the US (13.9%), Turkey (6.9%) or India (3.9%). The international success may be attributed to the presentation of the extension. The Latin alphabet, and consequently the letters X, Y and Z, are commonly used around the globe. A prominent example of one .xyz domain is abc.xyz. Instead of placing the online presence under the expected domain "alphabet.com", the Google parent company Alphabet has opted for a much more creative alternative, which is nonetheless linked to the company name: "abc.xyz".

The bronze medal with more than 1.6 million registrations goes to .club. The domain extension is ideal for clubs, associations, social networks or just for communities of likeminded people. It conveys a communal character and suggests to the visitors benefits that only club members can enjoy.club is currently are currently registered through NamesCheap in Arizona (USA) at almost 25%, followed by Alibaba (China) at under 20%.

The rapper 50Cent uses the .club extension for his fan page. In 2014, 50inda.club was part of a sensational marketing campaign to introduce a new album. 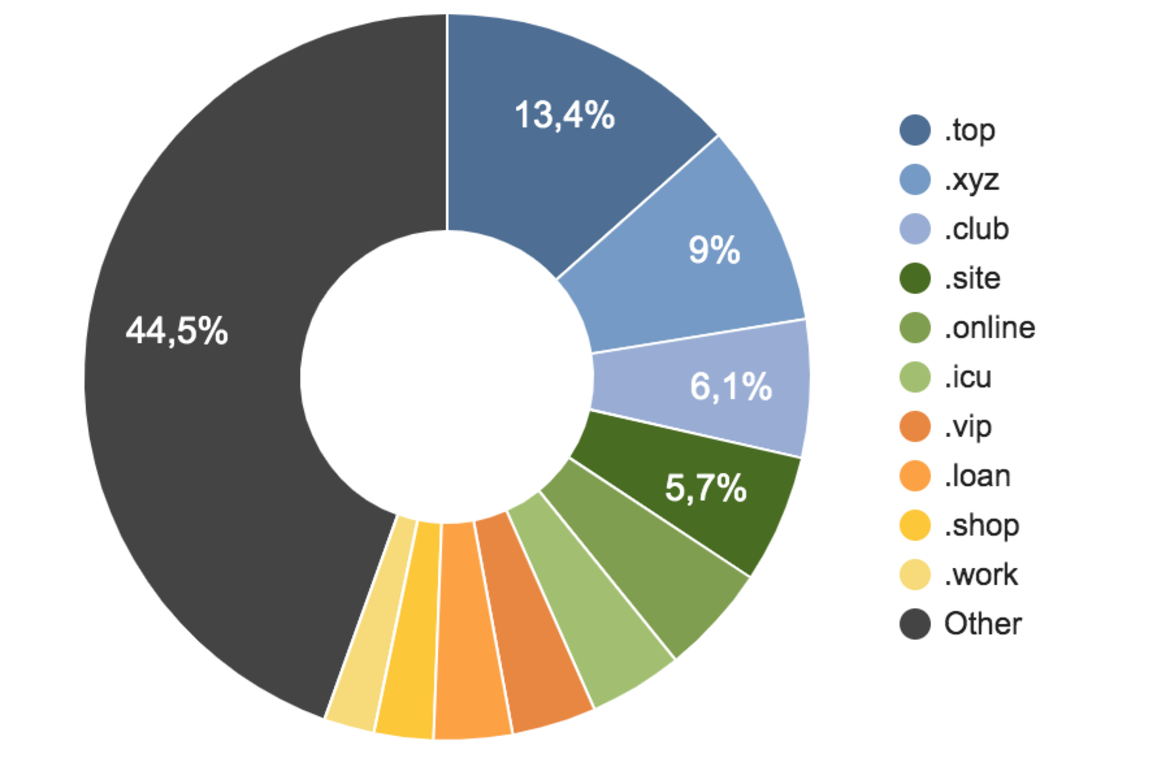 Unfortunately, it is often not the prominence of new TLDs that provide the registration numbers. The Spamhaus Project maintains an up-to-date list of the ten domain extensions most commonly misused.

In addition to .top, .xyz and .club, other new gTLDs such as.site, .online and .icu already crossed the threshold of one million registrations. The next domain extension to break the million mark, is probably .vip. Of course, the variety of the new gTLDs is much larger. With InterNetX you have over 1,000 domain extensions available for registration.

To our new gTLDs