Just over half a year go, the IT company announced that it would include the encryption of pages as a ranking factor. SEO experts have now analyzed 30,000 keywords - and found some clear differences. 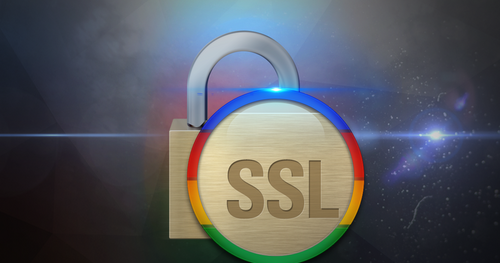 SSL encrypted websites are performing better in Google results. This is the result of an analysis by the SEO experts of Searchmetrics. In a blog article, the authors describe statistically significant benefits of HTTPS secured pages compared to unsecured websites – with an increasing tendency.

For the study Searchmetrics evaluated a total of 30,000 keywords for two and a half years. In order to examine the relationship between encryption and ranking, the authors compared the visibility of HTTP and HTTPS pages on an URL or directory basis. All other possible ranking factors were eliminated in order to determine the influence of encryption with the highest possible accuracy.

Up to five percent higher visibility 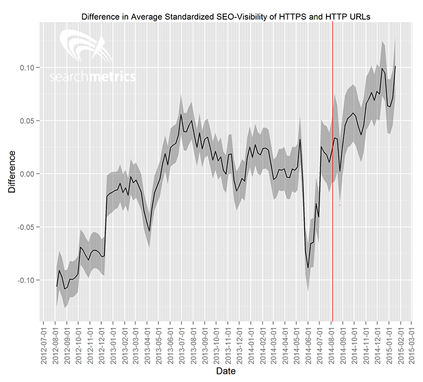 The study concluded that SSL certificates now account for of up to five percent of a website’s visibility. Brands such as Apple, Microsoft or Spotify already benefitted from changing from HTTP to HTTPS, according to the analysis. Overall, the visibility has since improved on all (examined?) sites since the Google announcement. And the development now shows a clear upward trend. Google had announced in August 2014 that it would include SSL encryption in the list of ranking factors. While the company usually is very cautious about revealing official information regarding their ranking factors, it has been quite open in this case. Webmasters now have a clearly defined criterion they have to fulfill in order to meet at least one of the strict requirements of the search engine/to help them optimize their visibility in search results. Google explained that it wanted to promote safety in the network with the move. According to the blog post by Searchmetrics, secure sites could lead to greater confidence and therefore higher sessions lengths - which in turn has a positive effect on the Google ranking. Website operators can use SSL certificates as a marketing tool to present themselves as a trusted partner. Increases in visibility through encryption

SSL is the standard for online banking and retail

SSL protection can be identified by a small lock icon, which appears in the address bar of the web browser. After clicking on it, the user can receive more information about the certificate issuer and the website owner. When using high EV certificates, the address bar turns green.

The protocol does not encrypt the page itself, but the connection between the server and users. This ensures that only the user and the website can trace the activities of the page visitor. For services that work with highly sensitive data, such as online banking or online shops, the technology has long been standard. Google itself uses SSL for every query.
Back