Country-specific domain extensions are as popular as ever.

But short and relevant domains with ccTLDs have now become rare. The new geoTLDs are a real alternative. 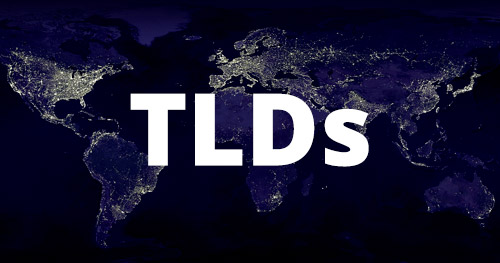 Taking a look at the International domain statistics, you can see how .com comfortably remains the market leader. With 127 million registrations this TLD is the undisputed number one. The country-specific domain extensions .cn and .de occupy the 2nd and 3rd place. ccTLDs have always enjoyed great popularity. This is due to the fact that they give an unambiguous indication of the country where the company is established. And they are always only two letters long, as ccTLDs are assigned a two-letter code according to ISO3166.

China is leading the ccTLD ranking with 19,360,000 registered domains under .cn. Germany is easily defeated in terms of population, so it only reaches the 2nd place with .de: 16,13 millions domains carry the extension of the German Federal Republic – mainly du to the liberal registration conditions of DENIC. 10,76 millions domains bear the royal domain extension .uk, securing the third place for the United Kingdom. The fourth and fifth place are very close with 5,64 million and 5,25 million registered domains respectively. Competing are David against Goliath – the Netherlands (.nl) relegate the Russian Federation (.ru) down to the fifth place. And it gets even closer between the hosts of the World Cup 2016 and the European Union. According to recent figures Brazil is one step ahead with 3,87 million domains under the extension .BR, ensuring the sixth place right ahead of the European Union with .eu and 3,86 million registrations. Australia, France and Italy take the last three spots in the ccTLD Top 10. With 3,05 million registered .AU domains, 2,98 million .fr domains and 2,96 million .it domains, it’s a close call between the registration numbers of these countries.<figure style=""> 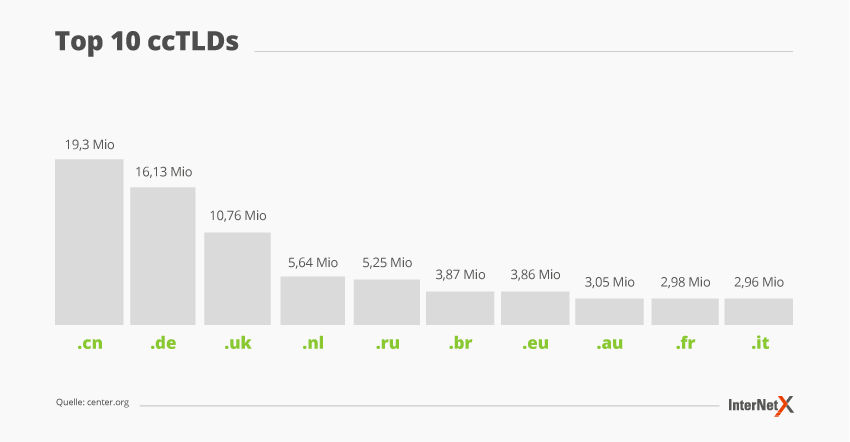 Since 2013, the ccTLDs have been added to the so-called geoTLDs: .kiWI, the most successful among them, is leading by a large margin with 201,542 registered domains. The Big Apple with .nyc and 70,482 registered domains made it to the 2nd place. The European cities .berlin with 57,925 registrations and .london with 55,438 registrations occupy the 3rd and fourth place respectively. The Japanese megacity Tokyo secured the fifth place with its eponymous geoTLD and 48,861 registrations. For us Regensburgers it is a real pleasure that our State domain .bayern managed to obtain the sixth place with 30,258 registrations, ahead of .amsterdam (24,815 domains). The German cities of Hamburg (23,818 registrations) and Cologne (23,729 registrations) secured the eighth and ninth position with their eponymous geoTLDs. Bringing up the rear of the Top 10 is the capital of the Russian Federation with 20,201 domains. .paris just missed the the Top 10 by only 289 registrations (19,903 domains). .inSTANBUL and .swiss didn’t make the Top 10 as well. With 16,565 registrations, .swiss remains far behind expectations. This is mainly due to the strict regulations of the Swiss Federal Office of Communications (OFCOM). In addition, many of the domains registered under .swiss are not used directly, but they are merely redirected to another domain. On the other hand, the domain of the most populous city in Turkey .istanbul keeps growing. In the near future it will likely leave its twelfth place and enter the Top10.<figure style=""> 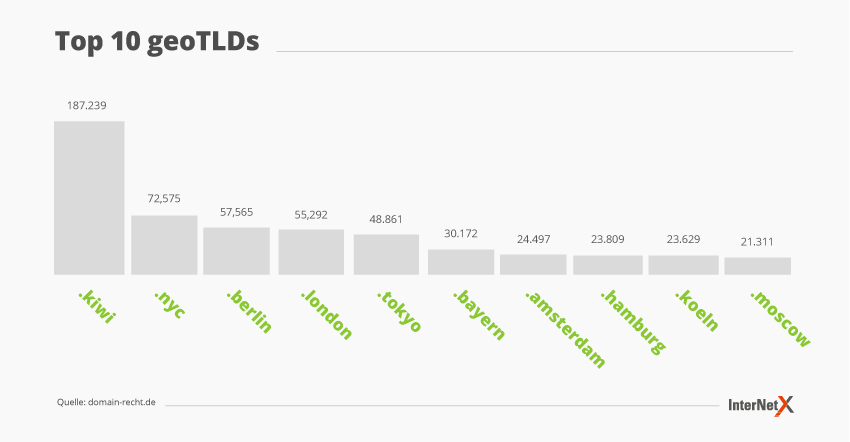 Regardless of patriotism or a special affection to your own city, region or state, the switch to a geoTLD should be seriously taken into account for another reason: If the domain operates in a regional context, you get an advantage in the search engines with the right geoTLD. According to a study carried out by searchmetrics in 2014, domains with geoTLDs benefit from a ranking advantage of 1.18 positions in regional searches. And with the new geoTLDs, short and relevant domains are still available. They are easier to remember, resulting in more clicks for the website owner. Check here if your domain with the right geoTLD is still available!