Facts and insights about the top 10 pre-registrations among upcoming new gTLDs. 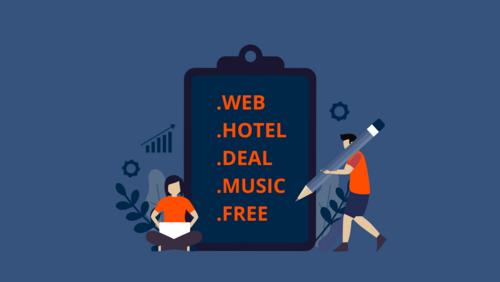 ICANN's new gTLD program has led the way to the internet's root zone for many new top-level domains. Since the delegation of the first new gTLDs in October 2013, over 900 new domain extensions have gone live.

In the near future, there will be more interesting new gTLDs that investors, portfolio and brand managers should keep an eye on or pre-register.

For this purpose, we have taken a closer look at the top 10 new gTLDs with the most pre-registrations in AutoDNS.

During our examination, not only the current status quo of the TLDs was of interest. We also took a look at who is applying or has applied for the operation of the TLDs and the decisions that have already been made in some cases.

Status quo of the newcomers in the ICANN program

Some of the new gTLDs mentioned will probably not be launched anytime soon. Others, like .forum, will soon be available for registration by everyone.

We will keep you up to date and enable you to pre-register these and other new TLDs from the ICANN program in AutoDNS. Check now to see whether your domains from the top 10 pre-registration favorites are still available.

To make sure which new gTLDs fit your portfolio and which registrations are really worthwhile for your business, contact one of our partner managers and get individual advice.