The idea behind container technology dates back to 2000. Today, both Docker and Kubernetes are the most widely used tools. The unique characteristics of this technology offer major advantages over different environments. 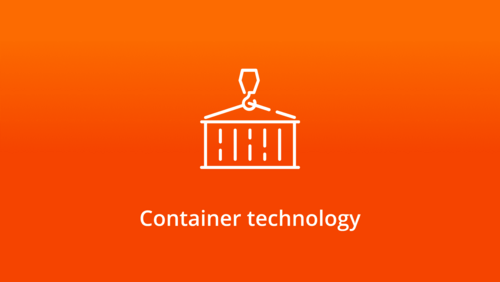 A container refers to a virtualization technology that separates applications along with their runtime environments. The difference between a container and a virtual machine (VM) is that containers do not run on their own self-contained operating systems on a host server, but use the operating system they are installed on. We explain the advantages this offers below.

Definition: What is a container?

Containers are able to virtualize applications, with each container and its own application being strictly separated from other containers on the same machine. The containers “know”, as it were, nothing about each other and also cannot access their neighbors’ data. The difference between this and conventional virtual machines is that a container does not emulate its own operating system, but uses that of the host system. The container itself has all the files required for the runtime, including dependencies and libraries. This results in a self-contained package with the runtime environment of the respective application.

The benefit of a container is that its format can be defined and so easily transferred to other host systems. Developers and administrators are therefore able to move applications between different system environments without having to reconfigure them, usually with all information and data being transported in a single file.

A well-known example of this container technology is the open-source software Docker, released in 2013. The program provides all the functions needed for the virtualization of applications and the strict separation of individual containers on one host computer.

Containers are used in corporate IT infrastructures to optimize and streamline applications and development processes. This leads to cost reductions resulting from efficiency improvements. Additionally, applications and their updates can be rolled out more easily and faster with reduced admin effort, which incidentally also helps to avoid errors. 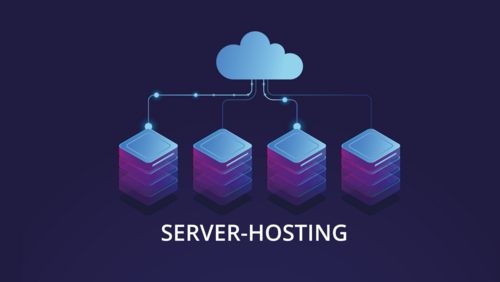 Which server hosting package best suits your project? Find out in our article an overview of the various types of servers: Cloud and bare metal servers.

Due to their independence from the respective host operating system, standardized containers offer invaluable advantages both for development and in day-to-day operations: 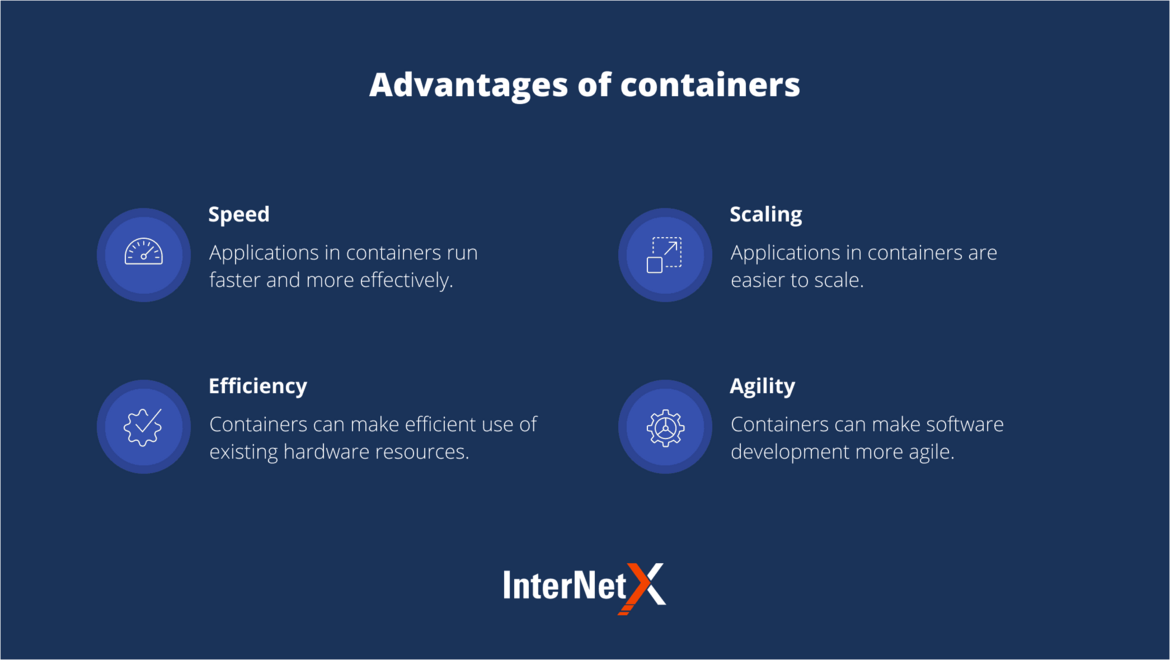 What about the security of containers?

Applications in containers are just as secure as those in conventional server solutions or on virtual machines. The critical security aspects lie only in how the environments are set up. Ultimately, the security model within the underlying server is key. This way, appropriate options can be selected at each layer of the architecture in order to ensure the required operational and data security, depending on whether you are running a container locally or in a cloud environment. Of course, however, security also depends on how secure the application running in the container is itself.

Containers are here to stay

Container virtualization has made the leap from being a hype within software developer circles to becoming an essential cornerstone in the IT infrastructure of many corporations. The scalability and flexibility along with the possibilities for standardization are key arguments in favor of containers. However, the proliferation of this technology is still hampered by security concerns on the part of decision-makers and a lack of know-how. IT service providers offer container solutions as containers as a service (CaaS) and managed service packages. Kubernetes, the leading container management platform, is recommended for the streamlining of their administration.