We often hear about the introduction of new gTLDs. But does anyone ever tell you about the extensions that have left the namespace or have become inactive? Read on to find out more about extensions that are no longer available.

Many new TLDs have enriched the namespace over the past years. Since ICANN's first new gTLD program, more than 1,200 extensions have added variety and more possibilities to the DNS, like the 12 new gTLDs that reached GA in 2021. This growth has not stopped here. The internet community is working on a second round that is set to double the number of extensions available today.
In this article, however, we do not want to focus on what is coming next, but instead on what we have left behind. Did you know that many TLDs have left the name server or are no longer available for registration? For ccTLDs, the reasons can be ascribed to the geopolitical changes in our world while, under the new gTLDs, a whole group simply never took off.

Read on to learn about some of the most significant TLDs no longer available for registration... at least for now!

The oldest TLD to leave the name server is .nato

The North Atlantic Treaty Organization (NATO) was established after WWII, in 1949. From the late '80s until July 1996, it had its own TLD in the domain name system (DNS). The Network Information Center (NIC) added this extension for NATO because, at that time, no TLD could adequately reflect its status as an international organization. Some years later, Paul Mockapetris, the designer of the DNS, put forward the domain name nato.int to NATO's representatives as a more appropriate option. The sponsored top-level domain (sTLD) is derived from the word international and is intended for use by intergovernmental treaty-based organizations. NATO switched to nato.int, becoming the first organization to register a domain name under this extension. The TLD .nato was deleted in July 1996 and has not been used since.

The ccTLDs that you can't register (anymore)

Have you ever considered the fact that geopolitical boundaries are reflected on the internet? Many geopolitical changes have occurred around the globe throughout history and ccTLDs are also witnesses of these boundary changes. Every country is assigned a particular two-letter code with a top-level domain following the ISO 3166 standard. These are some examples of ccTLDs that no longer exist.

After World War II, on 7 October 1949, the German Democratic Republic (Deutsche Demokratische Republik - DDR) with East Berlin as its capital was established in the Soviet occupation zone of Germany. ISO 3166-1 alpha-2 assigned the two letters "dd" to represent the country code of East Germany. However, the East German state never added it to its root name servers. In the days of the Cold War, when all adjustments to the root zone had to be approved by the US Department of Commerce, such a cooperation might have been anything but straightforward. The ccTLD .dd was only used internally in an isolated network between the universities of Jena and Dresden. In 1990, East Germany became part of the Federal Republic of Germany, which was assigned the ccTLD .de, today the most registered ccTLD worldwide!

In 2022, .de and DENIC celebrated their 35th and 25th anniversary. Find out more about the successful history of the German ccTLD!

Czechoslovakia was created in 1918 after declaring its independence from the Austro-Hungarian Empire. Its ccTLD .cs was established between 1990 and 1991. In October 1991, the Institute of Applied Cybernetics in Bratislava registered iac.cs, the first domain name under the Czechoslovakian ccTLD. With the dissolution of Czechoslovakia into the independent countries of the Czech Republic and Slovakia on 1 January 1993, the use of .cs was slowly phased out and eventually deleted from the name server in January 1995. The two new countries were assigned their own ccTLDs, .cz and .sk respectively. In July 2003, the two-letter code .cs was given a new lease of life as the ccTLD for the State of Serbia and Montenegro (Srbija i Crna Gora in Serbian). In 2006, the state split into two new countries and .cs reached its expiration date on 30 March 2010.

The Socialist Federal Republic of Yugoslavia emerged after WWII in 1945 and dissolved into six republics (Bosnia and Herzegovina, Croatia, Macedonia, Montenegro, Serbia and Slovenia) and two autonomous provinces within Serbia (Kosovo and Vojvodina) in 1992. The ccTLD .yu was assigned to the SFR Yugoslavia on 15 June 1989 and it continued to be used widely, even by its successor states, long after Yugoslavia had ceased to exist.
All domain names under the extension .yu were reserved for legal entities such as federal and governmental institutions, internet service providers, and the Serbian Orthodox church. When the SFR Yugoslavia dissolved, Slovenia and Croatia obtained their own ccTLDs, .si and .hr. The Federal Republic of Yugoslavia was renamed Serbia and Montenegro in February 2003 and was assigned the ccTLD .cs. This two-letter ccTLD (formerly assigned to Czechoslovakia) was never actually used, with .yu remaining the national de facto domain. In July 2006, the state union split into two autonomous states and, in 2007, Serbia and Montenegro acquired .rs and .me, respectively. A two-year transition period started, operated under the Serbian National Registry of Internet Domain Names, and ended on 30 March 2010 when .yu eventually expired.

Australia also has a story of its own to tell. In the early days of the internet, .oz was used as the national extension for Australian websites. Although the TLD .au was allocated in 1986, it only obtained final approval from ICANN in 2001. The ccTLD .au started the operations for domain registrations on 1 July 2002, with oversight carried out by the not-for-profit organization .au Domain Administration (auDA). All domains using the historical extension .oz were migrated into the .au namespace under .oz.au.

Before the two-letter format for country code became standard, the Soviet Union (USSR) had been assigned the extension .ussr. Eventually, on 19 September 1990, it was assigned the ccTLD .su. Although the Soviet Union collapsed more than 20 years ago, .su has not been removed from the namespace! In 1994, Russia obtained the .ru extension and requested that ICANN keep the "old" ccTLD. Today, the Russian Institute for Public Networks (RIPN) manages 105,000 domains under .su.

The ccTLD .zr was introduced in 1996 for the Republic of Zaire, a Central African state formed in 1971. Around one year after introducing the ccTLD, the country was renamed the Democratic Republic of Congo. The registry started a transition, populating .cd and emptying the .zr namespace. On 11 March 2001, .zr had been emptied and was ready to be deleted from the root zone.

In December 1997, IANA assigned the country code TP to East Timor, an island country in Southeast Asia. The two letters refer to Timor Português (Portuguese Timor), since Portugal had colonized it in the past. The registry operations were run by connect.ie, an Irish ISP and the East Timorese authorities. With the declaration of independence of East Timor in 2002, the ISO 3166-1 code changed to TL for Timor-Leste. All domain names under .tp were automatically given the equivalent domains under .tl. The ccTLD was officially deleted from the root zone in February 2015.

New gTLDs can be terminated and removed from the DNS

According to the new gTLD Registry Agreement, both the registry and ICANN can terminate a new gTLD. ICANN can request termination if the registry operator breaches the fundamental operational and material agreements and fails to find immediate solutions within the prescribed period. The registry operator can decide to terminate its contract with ICANN upon notification. This has happened more often than you might imagine! For example, many companies have parted with their branded TLDs over the past years.

Once an operator steps back, ICANN determines whether or not to transition the TLD operations to another registry operator or delete the extension from the root zone. We will take a look at both cases.

Years after the first round of new gTLD introductions, we can now look back at what didn't work. 34% of the first program applications for new were for branded TLDs, often referred to as .brand. These are extensions that correspond to a trademark or a company name. There are numerous reasons to believe they can add value to brands, to build brand reputation or to increase consumer trust.

Many brands seized the opportunity to obtain their branded digital asset. However, the use of these new gTLDs has not really taken off over the years and most companies ended up not doing anything with their .brand. Today, numerous companies have withdrawn their application, giving up their application and thereby losing their initial investment of $185,000. But why? The most likely explanation is that they didn't find any specific use for this tool or perhaps the maintenance costs were too high.
The first company to part with its .brand was the Korean Doosan Group in 2016. Another case in point is Johnson Shareholdings, Inc. The company applied for 8 gTLDs, namely .scjohnson, .rightathome, .raid, .glade, .off, .duck and .afamilycompany. In January 2022, ICANN accepted the company's registry termination. A number of global brands also parted with their .brand. A few of the most well-known examples are:

.mcdonalds - The world-famous fast-food chain never used its branded new gTLD.
.symantec - The US security company obtained a branded gTLD that entered the root zone in December 2015. The contract was terminated in September 2020.
.intel - The .brand by the world's leading semiconductor chip maker didn't last long. The gTLD was delegated in July 2016, but after four years, the company submitted a termination notice and the registry agreement ended in November 2020. 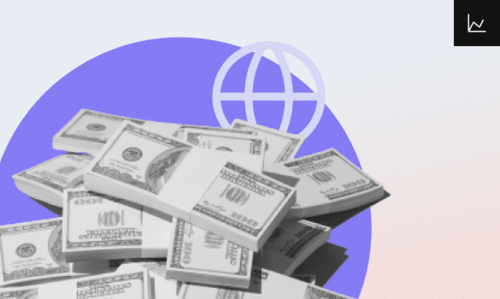 The biggest companies own high-valuable domain names, mainly under .com. How do top brands use premium domains? Let's find out.

Some unused new gTLDs are rebranded

Do these unused new gTLDs get deleted from the root zone? Probably not in the short term, as they could be restructured and given new life. This was the case for two .brands. The extension .sbs was created for the Australian Special Broadcasting Service Corporation in 2015 and was terminated in April 2020. On 6 May 2021, the registry ShortDot announced the acquisition of .sbs as short for “side by side”. The registry also acquired .cfd from the CFD provider IG Group Holdings plc. From its original meaning of “contracts for difference trading”, it has now been rebranded for the "clothing, fashion and design" sector.

geoTLDs you cannot register... for now?

The list of the TLDs that are not available for registration currently features some geoTLDs as well. The extension .doha, which aimed to promote Qatar's capital in the digital namespace, did not last long. It was delegated to the root zone in March 2015 but the State of Qatar issued a termination notice to ICANN in November 2018. The Hungarian capital also acquired its geoTLD, .budapest, but it has never been used. The TLD operator Minds+Machines Group Limited filed a termination notice to ICANN, which came into effect in April 2022.

ccTLDs, gTLDs, new gTLDs: we've got them all! Check out our search list with different filters to find the extension that best matches your needs!

LOOK FOR THE BEST MATCHING TLD