One of the most popular ccTLDs worldwide and a top registry: We look back at 35 years of success for the German TLD. A twin jubilee since DENIC, the organization behind .de, is celebrating its 25th anniversary. 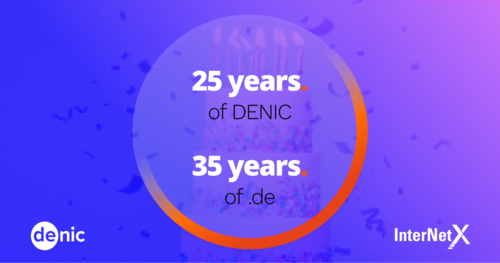 In 1983, two computer scientists, Jon Postel and Paul Mockapetris, developed the domain name system (DNS), a practical method for using the newborn internet network with user-friendly domain names instead of long numeric addresses. In the very beginning, only a few countries were connected to the internet with their own domain extension.


Germany was one of the first on the list. Following the ISO 3166-1 country code – based on the first two letters of the country in its native language: Deutschland – IANA registered the ccTLD .de in the root zone of the DNS on 5 November 1986.

For the first ten years, the German ccTLD was administered by the Department of Computer Science of the University of Dortmund before passing on the scepter to the University of Karlsruhe in 1994. Things changed in 1996 when DENIC eG was founded, taking over the helm of the .de registry. From the first domain registration, 34 years and 250 days passed to the milestone of 17 million .de domain registrations in July 2021. 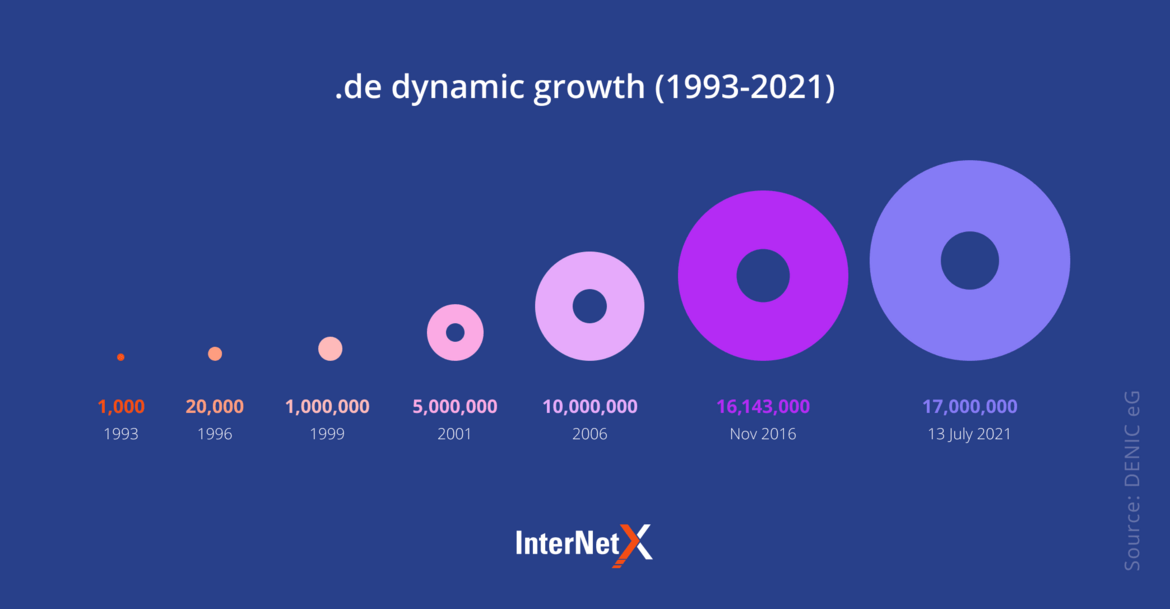 Today, the German ccTLD is one of the most registered TLDs worldwide and domain registrations continue to rise since .de enjoys a highly respected position on the internet.

The German ccTLD .de: a big star in the domain industry 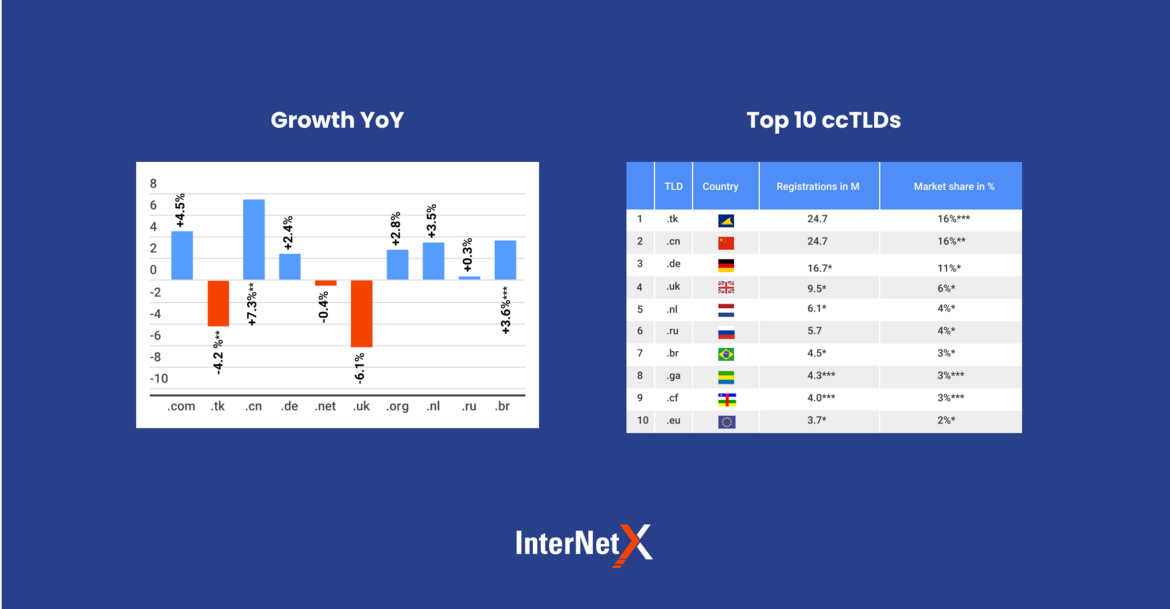 Source: Global Domain Report 2021.
Even now that the domain market is more mature, the German ccTLD still gains roughly 150,000 domains every year. On 13 July 2021, the 17 millionth .de domain was registered and as of October 2021, it counts 17,054,099 domains. The extension .de is one of the most registered worldwide, growing 2.4% YoY, second among ccTLDs after .cn for China and ahead of .uk for the United Kingdom. 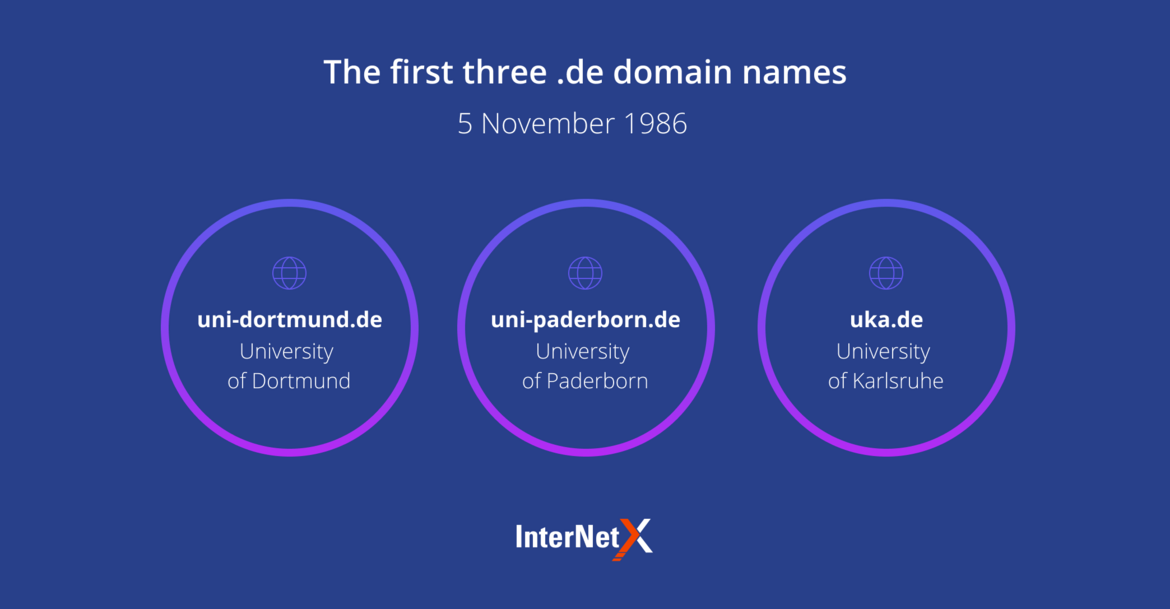 DENIC eG works on a non-profit basis. The last two letters stand for registered cooperative society (eingetragene Genossenschaft), a commercial entity under German Law. Today, it manages more than 17 million domain names under .de and acts independently and responsibly according to international standards for domain registries. InterNetX is proud to be one of the 280 DENIC members, promoting the preservation of the open, free and secure internet internationally since 1 November 1999. 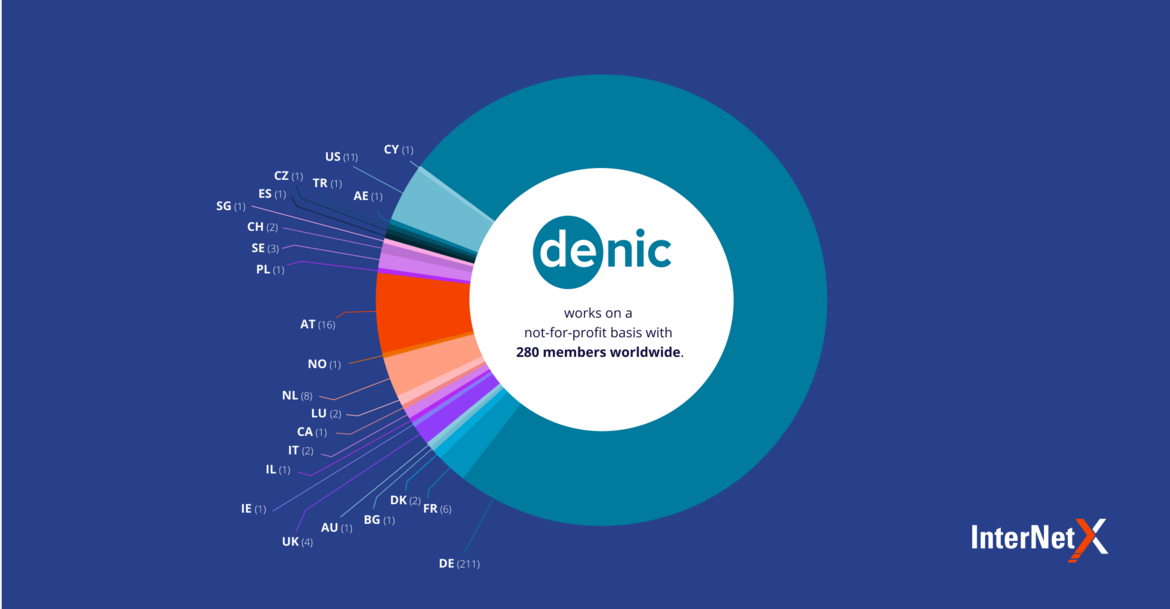 As the Network Information Center (NIC) of .de, DENIC manages the database with all the information about registered domains, their holders and the computers associated with the services. Through sophisticated technology, DENIC enables an automatic electronic domain registration system, the operations of the domain database and the nameserver service for the .de zone. Furthermore, it is the registry for the German ENUM zone under .9.4.e164.arpa, the German telephone number space. 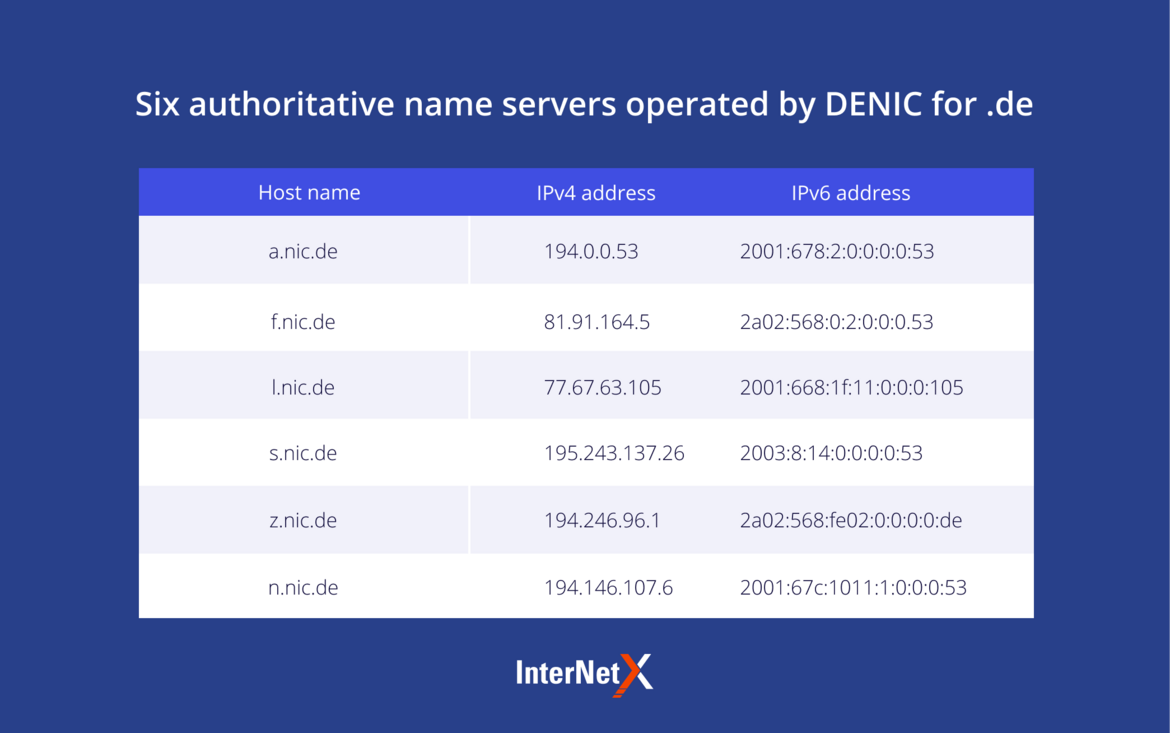 The winning features of .de

A .de domain must consist of at least one character, and it must not exceed 63 characters. This has not always been the case. Before 2008, domains under .de had to have a minimum of three characters. A notable registered exception at that time was db.de, the domain name for the German national railway company. The average length of a .de domain name registered by private persons and organizations is 14 characters. Statistically, every fifth person in Germany has registered a .de domain.

53% of .de domain names contain a hyphen
Hyphens and underscores are accepted but neither in the first nor the last position of the domain. Domains with hyphens have been prevalent and, since 2001, represent the largest group, amounting to more than half of all domain names under .de. As of 30 June 2021, nine million and thus roughly 53% of all .de domains contain at least one hyphen.

.de allows IDNs
Besides the ASCII characters (26 Latin letters, numbers and hyphens), DENIC allows the registration of internationalized domain names (IDN). This means you can register all diacritics of German and other languages such as the eszett ß, umlauts ä, ö and ü for a total of 93 IDN characters. All these characters are included in the Unicode Latin-1 Supplement and Latin Extended-A blocks in the RFC 5892.

Tip: Do you want to register a .de domain with an umlaut? No problem, but keep in mind that a domain like müller.de will be a completely different domain name to mueller.de. Make your choice wisely! 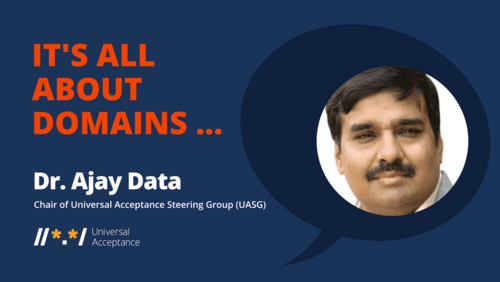 Inclusivity on the internet comes also through multilingualism. Internationalized domain names open up the doors to the next billion users. Between languages and alphabets, in this interview we talk about what we love most: نطاق, 域名, домен… domains!

Who can register a .de domain?

The good news for registrants: DENIC has liberal terms and conditions that allow everybody to register a domain with the German country code, even without a legal residence or office in Germany. Still, DENIC could request you to name an authorized representative located in the country. For a domain delegation, you need to indicate at least two name servers that answer authoritatively for the .de domain during registration.

.de is the TLD number one in Germany

If it is generally true that Europeans love their ccTLDs, Germany is particularly fond of its national TLD! Its technical stability and resilience have created a well-renowned brand, much appreciated and very well received by the German internet community. The national market share of over 65% and the high renewal rate with an average domain ownership of 10 years demonstrate this success, leaving even extensions like .com far behind. The extensive adaptation of .de can be explained with the liberal registration policies, the strong level of internet use in Germany and its accessible price. 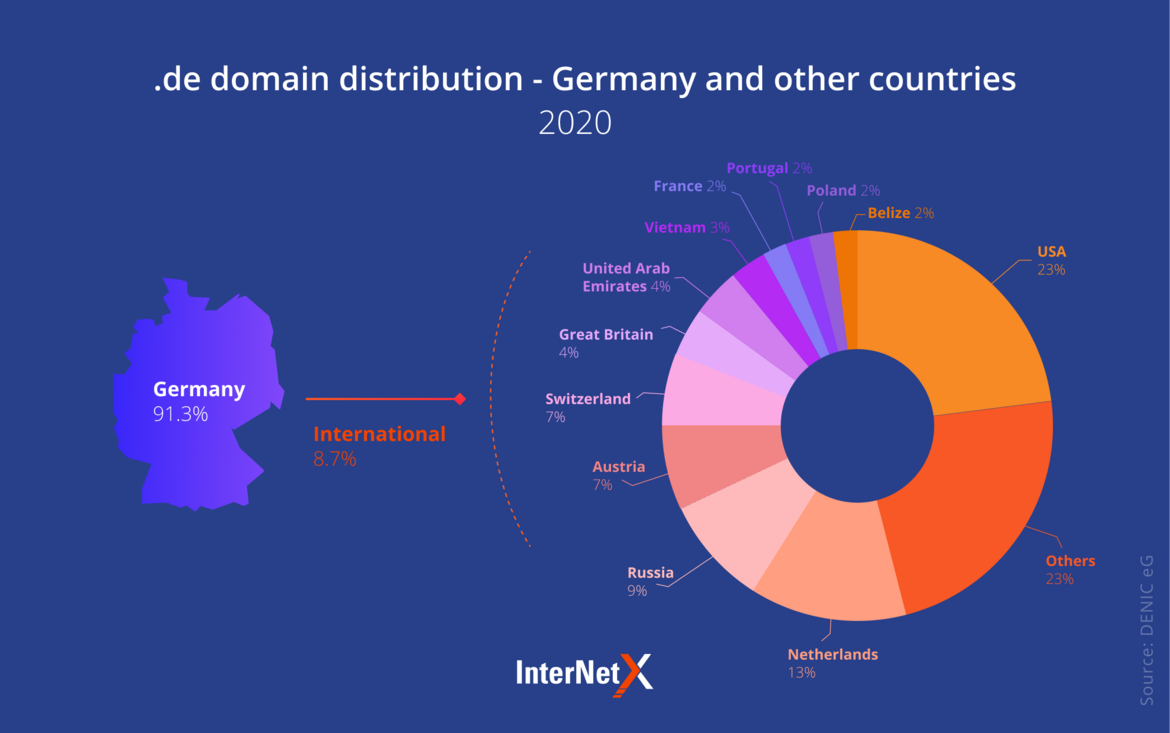 The German ccTLD is the unequivocal leader in its motherland, but its reputation is also recognized outside the national borders. Over 1.2 million .de domains are registered outside Germany, with the United States, the Netherlands and Russia being the first, second and third countries for registrations.

REGISTER YOUR .DE DOMAINS IN AUTODNS