With many cyberattacks, the attackers are hoping to steal your money – the proliferation of ransomware is a perfect example of this. In this blog article we explain what exactly lies behind the threat and how you can protect yourself from it effectively. 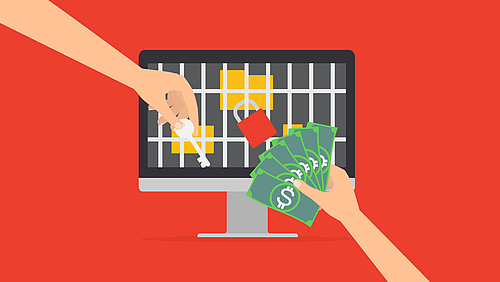 The term "ransomware" is composed of the word "ransom" and the common term in IT for computer programs "ware". A quick glance at the neologism can already indicate which primary target is being pursued with ransomware: With the help of malicious computer applications, the ransom should be looted from unsuspecting users. More specifically, ransomware restricts access to data and computer systems partially or even completely and access can only be restored by transferring the required ransom. After all, ransomware is nothing more than blackmail - just in digital form.

According to a report by Google, US$ 25 million have been captured through ransomware between the first quarter of 2014 and the second quarter of 2017. As a statistic of the IT company SonicWall points out, 2016 was the year of the ransomware with 638 corresponding attacks "thanks" to Petya and other blackmail Trojans. 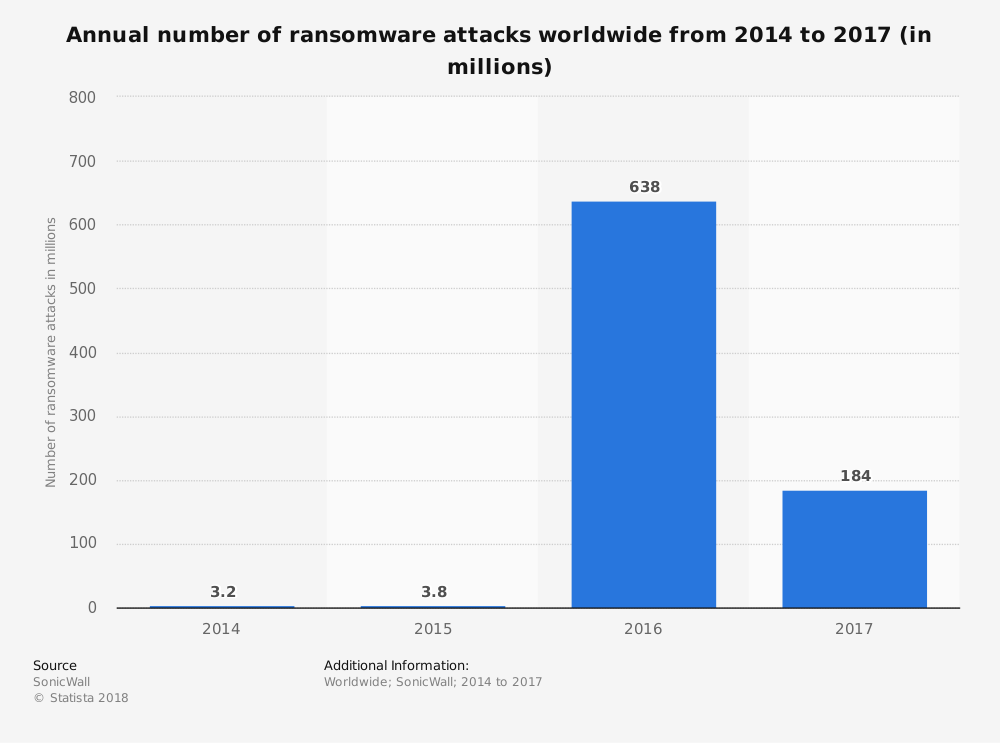 Ransomware is not new

A recent example from the US state of Georgia shows how much damage ransomware can inflict: Cybercriminals managed to bring down a large part of Jackson County's public administration with the help of ransomware. The victims paid the required ransom of US$ 400,000 willingly – but only against the background that a long-term failure or the reconstruction of the systems could cost as much or even more. In the past, blackmail trojans such as GoldenEye or WannaCry have also demonstrated the enormous threat ransomware can pose.

Once you get infected with ransomware, you'll most likely need to be prepared for one of the following two (horror) scenarios:

Most victims of this type of ransomware report a message box that cannot be closed – not even with the help of the Task Manager (because it is also blocked) – and that significantly limits the use of the computer system. The information window informs the parties that the system blockade can only be remedied by heading the ransom note.

In this ransomware scenario (which is much more widespread in practice), the data on the infected system is encrypted, so that access is no longer possible. Not only can the data on the hard drive be affected, but also those on connected storage, such as in the cloud or on servers. The key needed to decrypt the files is only handed out by the hackers in exchange for the required ransom.

In many cases, cybercriminals threaten to block the system in the long term or delete the encrypted data should the police be called in.

To make sure your system does not get infected with ransomware, the anti-ransomware project "No More Ransom" gives some practical tips that we can only agree with:

In the event that you have already caught ransomware and your data has been encrypted, the Swiss Reporting and Analysis Centre for Information Assurance MELANI advises you to do the following:

This brings us to the conclusion: Ransomware is definitely not to be taken lightly – after all, it involves the payment of large sums of money. But not only a financial loss must be feared, also the reputation of your enterprise is in danger, if for example third party data are affected by the ransomware. However, with the recommended security measures, you can minimize the likelihood of a ransomware infection.